I have been told that the history of kimchi is kinda like taking a look into the soul of korean culture.

Kimchi itself can be found on every table in Korea. It's become a stable table centerpiece at most meals served in Korea.

(Kimchi is Korea's unique ethnic food, and historical records showed that kimchi was invented around 4,000 years ago according the Sikyung (詩經). Based on the fact that people already cultivated red pepper in the era of three states, and according to the Samkuksaki (三國史記), which showed people tearing kimchi apart when eating, we may conclude that cabbage kimchi has existed hundreds or thousands of years ago. As an essential ingredient, red pepper deters the growth of harmful microorganisms and helps useful bacteria such as lactic acid bacteria to grow. In short, our ancestors discovered the fact that red pepper creates the fermentation process and deters decomposition. They then developed fermentation technology based thereon.) (2)

Our ancestors have made kimchi using spring cabbage (bomdong), olgari, or summer cabbage during the spring and summer, and by using autumn cabbage [28], they made Kimjang kimchi and stored it in jars in order to preserve it through the winter. Because spring kimchi only lasted 5–10 days and summer kimchi lasted only for 3–7 days, people spent a lot of time in making kimchi. In order to extend the storage period and enjoy the cool flavor during the summer, people often hung kimchi deep inside wells to keep cool. In order to get through winter, our ancestors buried kimchi jars in the ground for storage. Such tradition is clearly proved by a stone jar (Fig. 9A) found in the precincts of Beopjusa Temple (法住寺; 553) and a large kimchi jar (earthenware; Fig. 9B) found in Chullado province  (2) 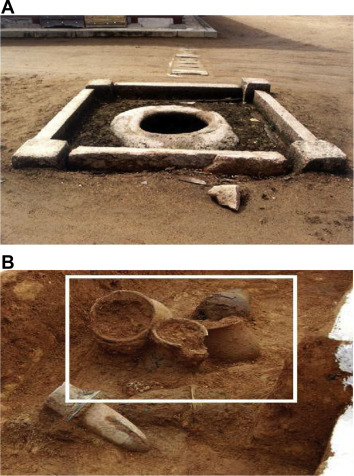 Kimchi has such a rich history and the flavor is like nothing else you will ever try. Most people have a love or  hate relationship with Kimchi.

I myself enjoy the rich spiciness of Kimchi with eggs in the morning.

Before i end this article i wanted to go through some of the health benefits of Kimchi and leave you with a simple way to eat your kimchi.

Kimchi is recognized worldwide for the number of health claims that have been made (Figure 3). It was presented in Health Magazine in 2006 as one of the world's five healthiest foods (Lee G. I. et al., 2012; Park et al., 2014; Dharaneedharan and Heo, 2016; Tamang et al., 2016). These health benefits result from the utilization of raw materials of high nutritive value and the microbiota prevailing the fermentation. Brassicaceae vegetables have been reported to contain a number of compounds with health-promoting potential, including dietary fibers, minerals, amino acids, vitamins, carotenoids, glucosinolates, and polyphenols.

Therefore, the raw materials used in the preparation of kimchi result in the increased nutritional value, i.e., the high levels of vitamins such as vitamin C, b-carotene, vitamin B complex, etc., minerals such as Na, Ca, K, Fe, and P, dietary fiber, and other various functional components such as allyl compounds, gingerol, capsaicin, isothiocyanate, and chlorophyll. (3)

Now for the last part. I wanted to give you an easy recipe to add Kimchi into your diet.

This is a link to a fried rice Kimchi recipe:

I have also added a link for my upcoming Kimchi Class:

This is a link to my Kimchi Product: